Let me tell you about my weekend. As you know, I don't take much time off, and in a sense part of this weekend has been a bit of a busman's holiday, since I'm ostensibly in North Devon to speak at the Appledore Book Festival. However, I have family here too, so I've taken the opportunity to spend some time with them. All in all it's been a fantastic couple of days. I am writing this on Sunday lunchtime as the smell of Roast Lamb is wafting from my cousin Nicola's kitchen. After I've scoffed that I'll be driving back to Tunbridge Wells up the A303. Normally I'd go back up the M5 and M4, but as I found to my cost on Thursday night, the first 47 miles of the M4 are luttered with constant roadworks, and a diversion around Reading. I stayed overnight in a Premier Inn in Portishead, just ouside Bristol on Thursday night, Thanks to those roadworks, I didn't get there until 1.15am. Then the Wifi wouldn't work on my laptop so I had to do Good Morning Britain at 7.15 on my phone. Thankfully it worked OK. 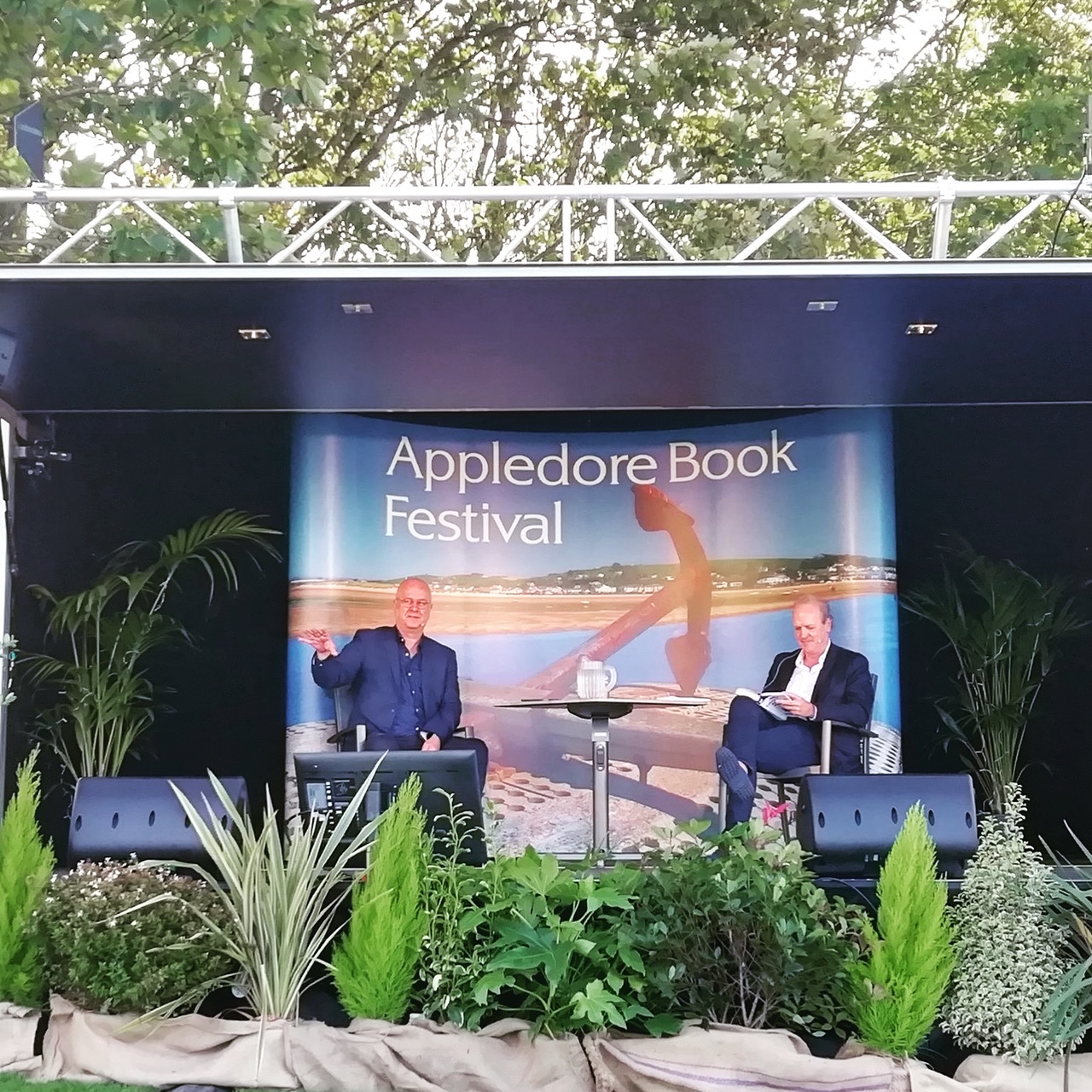 Then it was a two hour drive to Appledore. The A361 link road from the M5 to Barnstaple was a nightmare. mainly because North Devon Council decided that a Friday morning would be a great time to do hedgcutting and tree-felling, thus causing tailbacks of several miles. They seem to be oblivious that Friday is a changeover day for tourists, so they're all leaving and arriving. And I then found out this is going on until October! Hence I'm now going back home today rather tomorrow to avoid it. So well done Devon Council - that's another 24 hours of my money the local economy won't be getting! 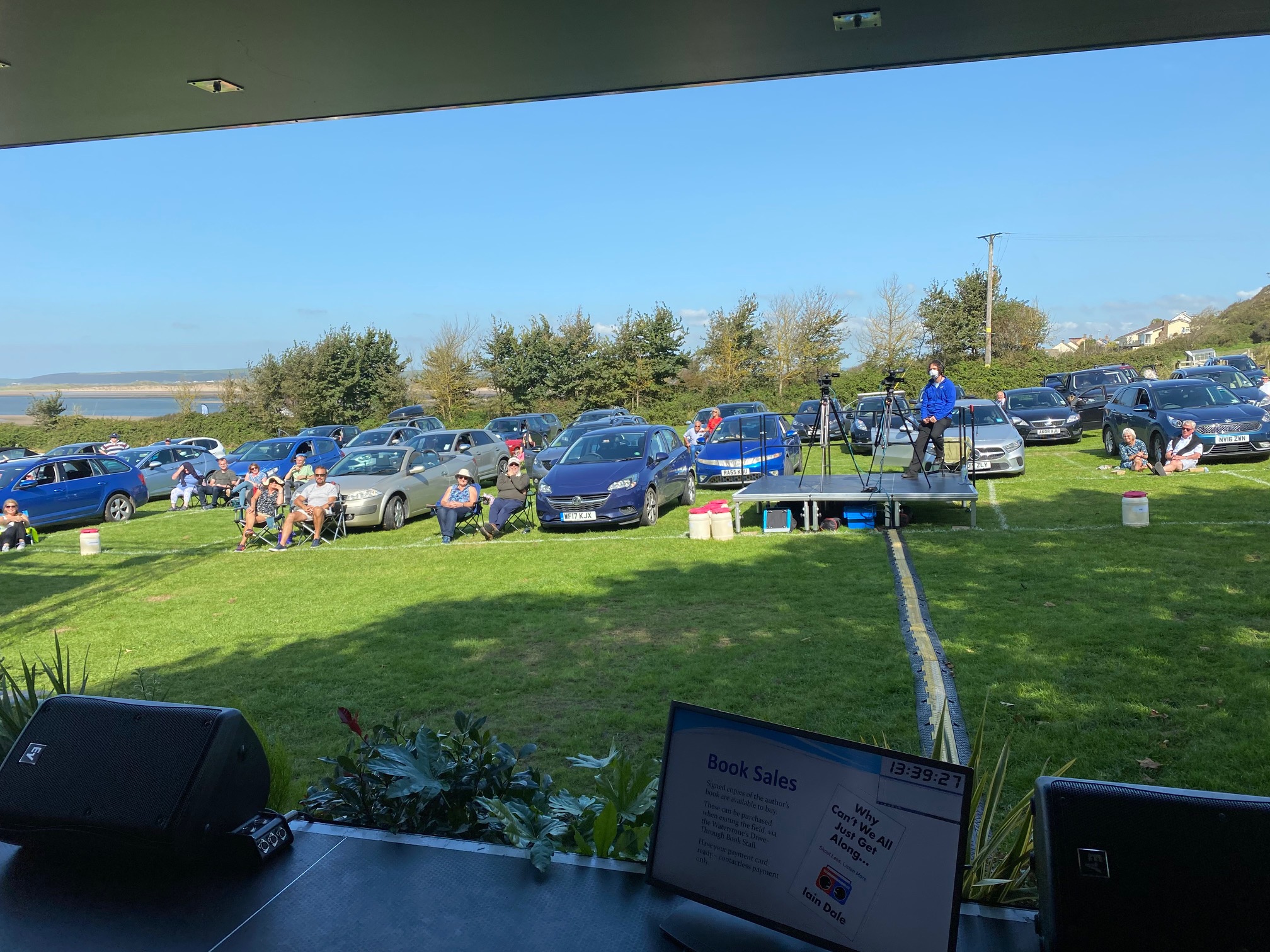 Anyway, I digress. I arrived at the Book Festival site at Skern Lodge in Appledore at around 11.15am, in plenty of time to go on stage at 12.30. It is Britain's first Drive-in book festival, in order to ensure social distancing. Jeremy Vine is a patron of the festival and they had an excellent lineup of well known named taking part. The previous night Ainsley Harriott was there, and Richard Osman, Jeremy himself and a few other notables were appearing ovwr the course of the weekend. In all honesty, I thought about three cars would turn up to see me. My imposter syndrome struck again.

In actual fact there were around 60 cars and around 130 people, I was told afterwards. I was interviewed on stage by Andy Cooper, the editor of Devon Life, who had clearly read the book. I thought it would be difficult to bounce off an audience of car bound people, but it was lovely weather and most of them were sitting in front of their cars on the ground or in deck chairs. There was a giant video screen and the sound was also pumped into their car radios. Everything worked like clockwork thanks to the efforts of the Festival organsier Ann Juby and her team of fantastic volunteers. It was over all too quickly. Due to Covid rules I wasn't allowed to go and mix with the audience afterwards, which was a shame, but they also had to get ready for the next event, which was Rachel Reeves at 5.30pm.

I went to the hotel, just down the road in Appledore and no sooner had I got into my room than it was time to record the Political Party podcast with Matt Forde (which you can listen to HERE) I fancied a bit of a snooze, but the podcast lasted 90 minutes and before I knew it, it was time to return to the Festival to watch Rachel Reeves talk about her book WOMEN OF WESTMINSTER. Afterwards, we returned to the Seagate Hotel to have a very gossipy dinner in which various reputations were trashed. My lips are sealed. 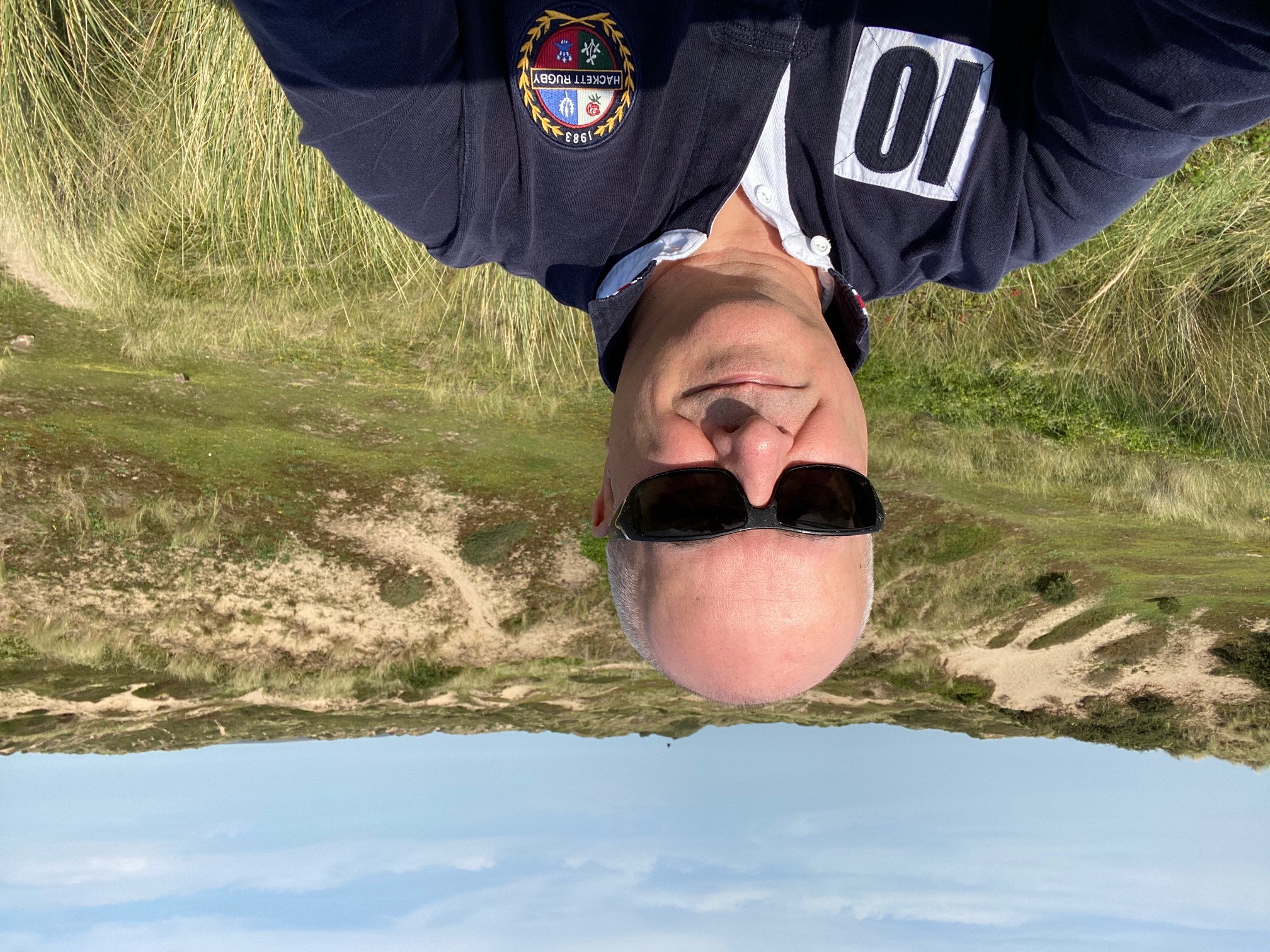 My much wanted lie-in was not to happen on Saturday, as I had to record the For the Many podcast with Jacqui Smith, and then after that I drove the 16 miles to Braunton, where I have been staying with my cousin Nicola who runs a B&B. I would have normally stayed with her mother, my Auntie Esther, but she's in a shielding group. Nicola has a friend, Anne, staying, who hails from a town I know well, Bishops Stortford. We then went out to Crow Point on the Braunton Burrows for a rather lovely walk through the Dunes and then onto the beach and back. As we turned the corner at Crow Point, where just across the estuary you can see Appledore and Westward Ho! the wind became very bracing indeed, although it was still very sunny and warm. 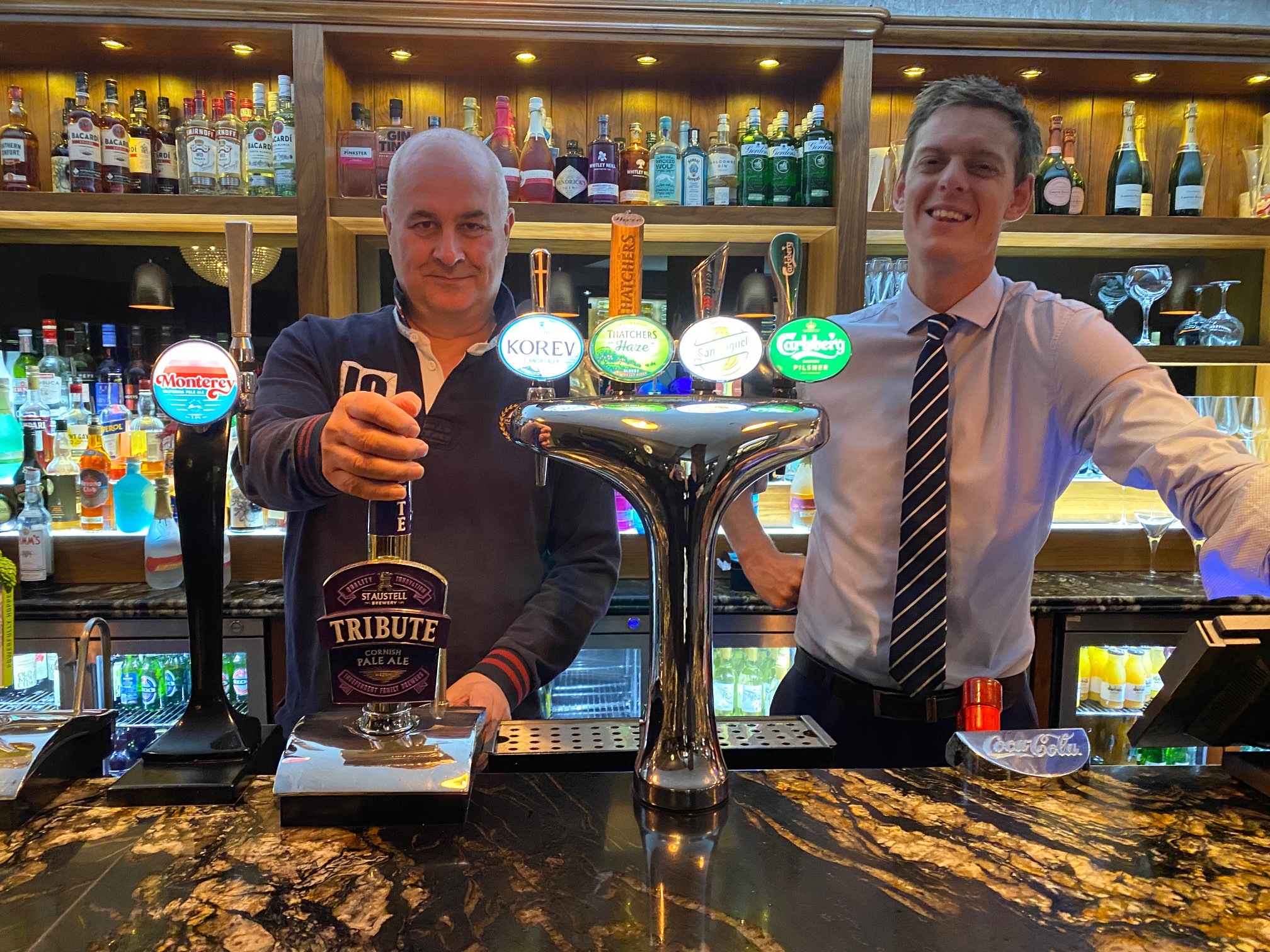 We then drove into Braunton and sat in Esther's garden. Nicola's son Daniel and his Dad, Tony were also there - and no, we didn't break the Rule of 6!

In the evening we went for a meal in Braunton at a restaurant called SQ, which is probably the most popular venue in the area. Turns out the family who own it are massive LBC listeners, especially Olly (pictured above) who runs SQ. 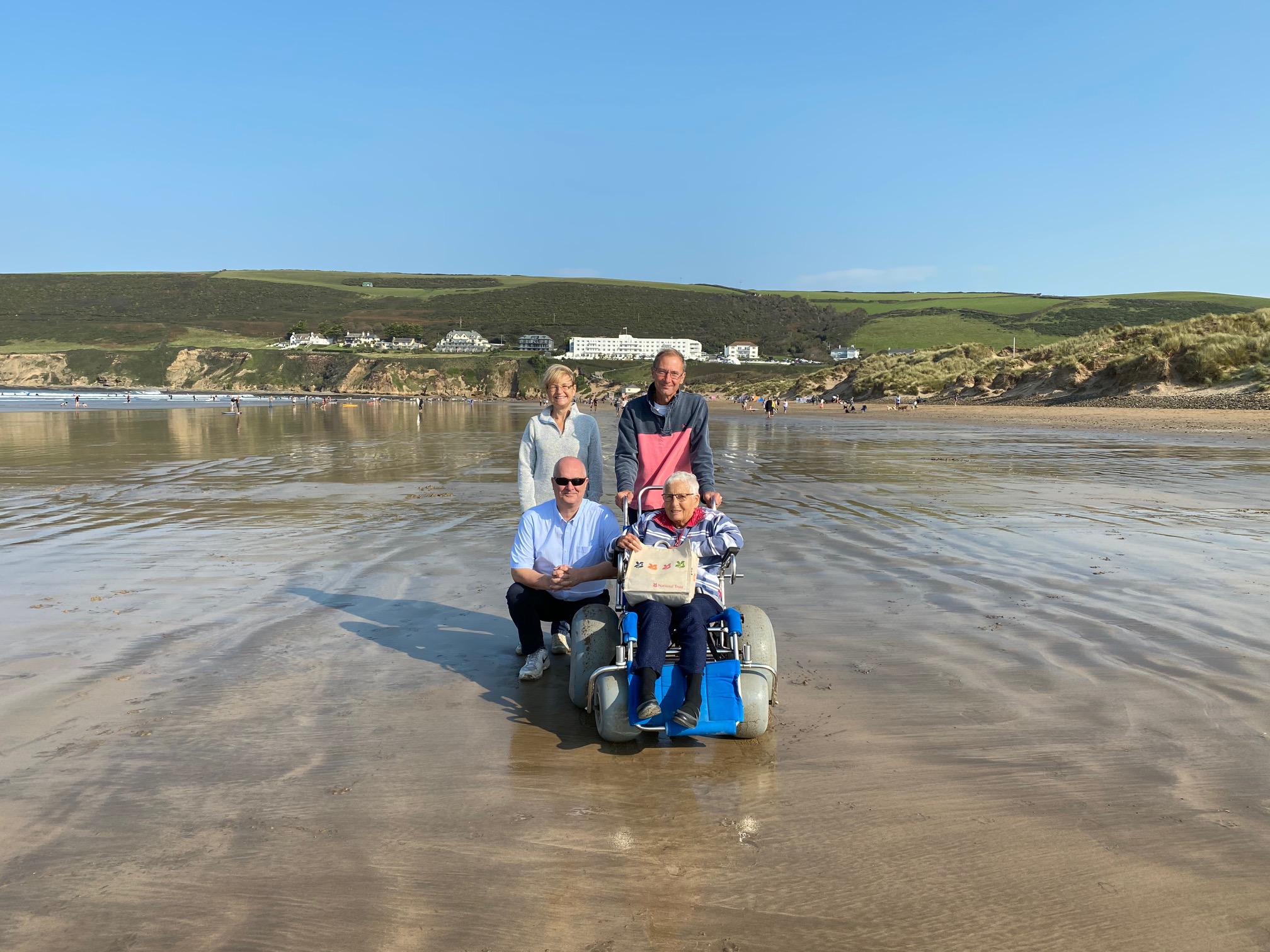 It was up with the lark again this morning to go back to SQ for breakfast and then head down to the beach in Saunton. Saunton Sands has to be one of the top ten beaches in the entire country. We got there at around 10.15 and were astonished to find the car park was almost full. Not suprising given the tide was in and the waves were perfect for surfing. What a perfect walk along the beach. We hired a wheelchair with massive wheels so Esther (and her dodgy knees!) could come too. 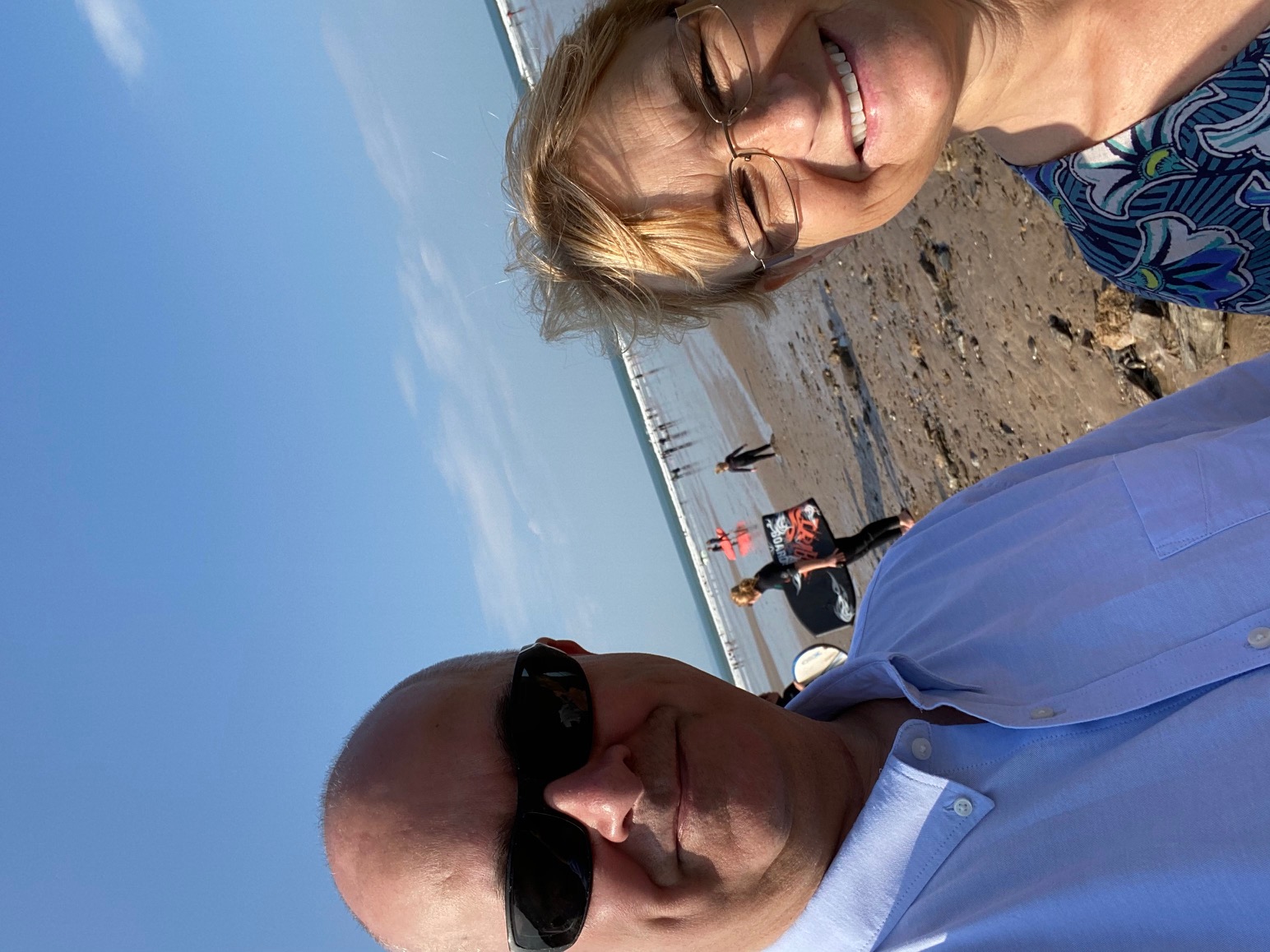 Why Did I Write 'Why Can't We All Just Get Along'?