Before you start getting angry, this is not a football story - it's about libel.

The article concerns a book my company, Biteback, published ten days ago called ROONEY'S GOLD. It's a biography of the England star by investigative journalist John Sweeney (he of the Scientology rant). The book was intended for publication by Random House in 2007, but they took fright over libel issues relating to Rooney's agent Paul Stretford. Since then, however, Stretford, has been discredited in court and banned from being an agent for nine months. Late last year I met Sweeney's agent, Caroline Michel, who gave me the manuscript to read. It's certainly not a conventional football biography as it concentrates on the people surrounding Rooney rather than a match by match record of his career. But I found it hugely entertaining and informative and so decided to take it on. Clearly there was a lot which needed to be changed as this was 2009/10 rather than 2006, when the book was originally written.

Indeed, it effectively became a very different book, with new chapters and a whole series of vastly rewritten ones.

And then Schillings, Rooney's lawyers, got involved. We had several letters demanding to see a copy of the manuscript. We refused. We assured them that the book was not the same book as the one they thought it was and that we, as a responsible publisher had taken every possible step to ensure that their client's rights would not be infringed. Indeed, we told them that the book was very positive about Mr Rooney and praised him in many ways. We, naturally, had the whole book extensively read for libel and consulted our insurers at all stages. 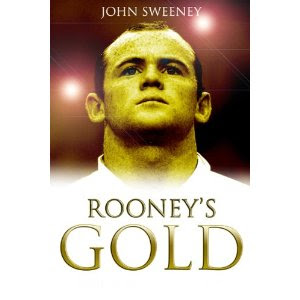 Days before the book went to print Schillings were continuing to demand sight of the manuscript. As a reputable publisher, I felt that if we acceded to those demands we'd be a joke and might as well pack up and go home. So we had a choice. Publish and be damned or shelve the whole book and put it down to experience. Believe me, it's not nice getting letters from Schillings, laced with threat. Random House, a big company bowed down and caved in. We decided to proceed, and the book came out on 27 May.

But between the book going to print and it being published Schillings tried another tack. They wrote to Waterstone's and W H Smith threatening them that if they sold the book they would be liable for damages if they carried through with their threat to injunct us and sue for damages.

Let's put it this way. If you publish a book like this and it isn't sold in either Waterstone's or W H Smith it is difficult to get good sales. Even today, you can't just rely on Amazon. So Schillings knew that this threat would hit us where it hurts. In our pockets.

Waterstone's contacted us and asked for an indemnity - so if it came to legal action, we'd indemnify them. For a small company like us, we had to really think hard as to whether we could do this, but we had no choice. If we wanted the book out there we had to do it.

W H Smith asked for the same and gave them an indemnity too. Unfortunately, their courage deserted them and in the end they caved in and are refusing to stock the book. Shame on them.

The point here is that Schillings have tried to interfere with our commercial trading relations by intimidating our customers. In one case it worked, in another it did not.

But think about what this means for the wider publishing community. If publishers accede to threats like this it effectively means that no one can write a celebrity biography any longer unless it is a complete hagiography. Our libel laws are allowing the likes of Schillings to threaten, bully and intimidate authors and publishers into abandoning perfectly legitimate books for fear of their whole company's existence coming under threat. This cannot be right and any reform of the libel laws must surely encompass this aspect of the law.

We stood up to Schillings but it's impossible to know how many others have opted for a quiet life and caved in.

Even at this stage it is possible for Schillings to seek an injunction to prevent further sales of the book or to take us to court. I am assuming that now having read the book they have realised that their fears were unjustified and that the book is actually far more positive about their client than they had anticipated. It even dismisses as fiction the story that he had sex with a platic clad grandmother.

But let's finally go back to the Daily Star story...

A BOOK about Wayne Rooney is threatening to derail England’s World Cup dreams.
Nice bit of hyperbole for a journalist that has clearly not read a word of the book.
The controversial biography, called Rooney’s Gold, has been released ahead of England’s campaign in South Africa. Rooney, 24, is said to be furious about the publication. And fans say the release could not have been more badly timed.
I doubt whether Rooney even knows about the book.
The book, which Rooney’s representatives tried but failed to ban, details embarrassing material on the England hero.
Such as? If it did, surely the Daily Star would be detailing it?
Summing up the book in sneering style, the book’s publishers say: “Rough, working class, surrounded by an unlikely crew – including a dodgy agent, a crooked lawyer, tarts and gangsters – Rooney’s Gold looks at the ­characters who have been attracted to the fabulous money Rooney gets for kicking a pig’s bladder around a field.”
LOL. Pity they didn't carry on with the publicity blurb... Of all the contenders to be captain of England at this summer’s World Cup, it is Rooney who has become the model husband and father, Rooney who changes the electricity of a game the moment he walks on the pitch, Rooney who scores the most goals, Rooney who fights the hardest. And that’s how we like our lions. Lifelong England supporter Darren Law, 39, of Blackburn, Lancs, said: “This is appalling timing to release a book which is bound to be so controversial. It is the last thing that Wayne Rooney and the England team needs.
Oh get a life. Read the book. If you can read, that is.
“We can’t afford for our best player to be distracted by negative headlines and his private life being exposed to public ridicule. The publishers should have at least waited until after the World Cup for its release.”
Yeah, because that would make good commercial sense, wouldn't it?
Another fan, Alan Gavan, who lives in Rooney’s village of Prestbury, Cheshire, fumed: “This is ridiculous. This is a great chance for England to finally lift the World Cup again and having Rooney in the right frame of mind is essential for any success. Printing gossip about his private life and his wealth is counter-productive.”
Rubbish. The book is very positive about Rooney as the above quote makes clear. But a biography is not a hagiography. Or shouldn't be, and this isn't.
A source close to Rooney revealed: “He is absolutely livid. His people wanted to get the book banned but they failed. “This book was due to be published years ago but the publishers got cold feet because they feared they could be sued because of the highly-controversial content. But it has had a re-write and a new ­publisher has taken it on. To say that Wayne is upset and angry is an understatement. He is even more furious about the timing of the release, which has come in the build-up to England’s ­campaign. It is a distraction that he could do without but he has to try to concentrate on his football. It is very regrettable.”
So basically, if he misses a penalty, it's my fault...
The 256-page hardback book is being published by Biteback, owned by political blogger Iain Dale. It has been written by the BBC’s ­ investigative journalist John Sweeney. The no-holds-barred story was due to be published three years ago by Random House as their response to missing out on the official £5million five-book deal Rooney signed with Harper Collins. But Rooney’s advisers hired law firm Schillings and their legal warnings ­persuaded Random House to shelve the project.
Actually, it wasn't Rooney's lawyers who got it shelved. It was Stretford's.
Sweeney, who retained the copyright, persuaded Biteback to go ahead with a rewritten manuscript. Schillings has scared off WH Smith from stocking the book with further threats of legal action. But rivals Waterstone’s are ­believed to be putting it on sale this week.

Frankly, I have my doubts whether this book will turn any kind of profit because of the money we have had to spend on legal fees. But do you know what? I don't care. We've stood up for a principle and stood up for freedom of speech. I won't be bullied into shelving what I consider to be a perfectly legitimate book. Wayne Rooney should very carefully consider what his lawyers have done on his behalf. They've no doubt charged him a shed load in fees but was it worth it to try to stop a book which is actually rather friendly towards him in a strange sort of way?

Am I Being Taken for a Ride